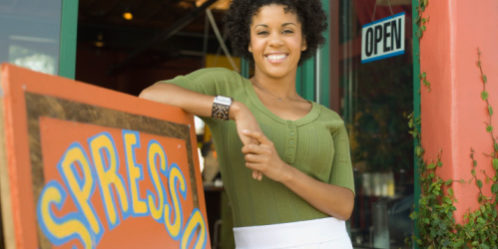 January 2017 is now upon us. This month, as you know, Donald Trump will be sworn in as our next President. I am asked the question frequently now about Trump and small business and we going to go down in flames? I have never been one to panic about politics … at all … and who are my political leaders are. I just concentrate on my purpose and my goals. BUT, with that being said I thought I would let Julie Gentile, CPA, and co-founder of Gentile, McCloskey & Company answer this question. Since Julie works with many small businesses with doing their accounting and taxes she has a better feel of what the future holds for us small and medium businesses. Julies answers this question with frankness, candor, and class.

The Future of Small Business in America

Donald Trump becoming the 45th president of the United States fosters many different emotions from every socioeconomic demographic.  Most of this is just plain uncertainty.  Trump is a lot of things, which may or may not resonate with you.  However, there is one thing that he is, which no other president since George Washington has been, and that is a businessman, not a lawyer or a politician. Regardless of what strengths or weaknesses you might find, on that, we can agree.

Those of us in small business wonder how the fulfillment of Trump’s campaign promises might impact us.  The answer will depend upon your definition of “small business.”  I call a small business one with fewer than 50 employees.  This is mostly because I would rather flip burgers than have to supervise more than 50 people.  If you are in this camp, the answer is, probably not much, and you can stop reading.

To those of you who have, or are striving to have, hundreds of employees Trump’s fulfillment of his campaign promises probably has more meaning. His top three priorities are currently taxes, immigration, and healthcare.  He has also promised to reduce government regulations on business in general.  The most likely of these to succeed will be some sort of tax reform.  Whether this is the just simplification in the tax system, by reducing the number of tax brackets, or an across the board reduction in tax rates, these changes could have a significant impact on the bottom line.

Currently, the United States has the third highest corporate tax rate in the world, and our individual tax rates are in the top ten.  A small corporation may stand to benefit from a reduction in the federal tax rate, hopefully freeing up funds for development and expansion.  The majority of businesses in America are not corporations, but rather partnerships and other pass-through entities.  Trump also proposes to reduce the individual tax rates imposed on earnings from pass-through entities, thereby reducing the burden on more than just the big bad multi-national firms.

I don’t think that very many of us actually believe there will be a wall built on the border, let alone at the expense of another nation. Keeping people out, or deporting those who are here, may save jobs for Americans. But are they jobs we want?

Immigrants start new businesses at twice the rate of native-born citizens, creating jobs.  Making it harder to immigrate, on one hand, may improve security and safety.  On the other hand, it may discourage entrepreneurial immigrants to cross the border, legal or not.  This shift could reduce competition, it could also result in stagnation.  If that were the case, I would hope that we would pick up the slack, and figure out a way to continue to grow our own commercial interest. Are any of us really relying on the failure of another business, before we grow our own?

Lastly, there is healthcare, a thorn in the side of the administration for decades. The Affordable Care Act (ACA) has been anything but “affordable.”  Republicans in congress have voted a dozen times to repeal this act, they were overruled.  Although a complete repeal and replacement will likely take a couple years, the end result could be a significant savings to businesses exceeding that 50 employee mark.  Trump has backed off a little, agreeing that there may be some beneficial parts to the ACA. At the very least, taking it out of the hands of the federal government is likely to produce some economic benefit, and perhaps less regulation.

Overall, there seem to be some potential upsides to the fulfillment of those campaign promises, and maybe a few down. However, Trump’s personal failures in the small business arena have very little bearing on how his proposals may succeed in this sector.  Growing my business is my responsibility, not the governments.  Them regulating it less, taxing it less and encouraging me to keep it in America, doesn’t sound like such a bad idea. Of that I am certain.

My Cart
Our Services